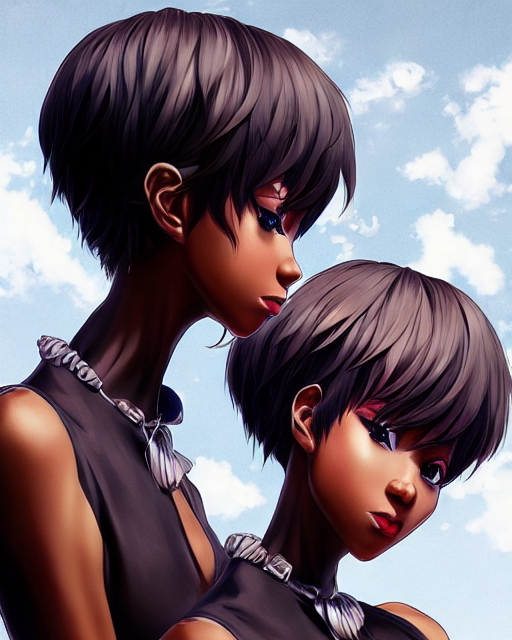 How to Design a Character Using AI

The Rise of the Storytellers

Our digital world has presented us with brand new ways to create characters of all types, and the rise of artificial intelligence (AI) and artistic tools have taken this even further. Digital characters tell a story, and much of this story can be told by their looks alone.

It has not always been easy to design a character, but with the rise of AI tools and art generators, such as starryai, anyone can now create their own!

These tools have made character design more accessible than ever. But even with these tools, you should still dedicate time and effort if you want yours to stand out.

There are many reasons to design a character, especially as we enter the era of the metaverse and other digital environments. In our current world full of visual stimuli, artists can stand out through their characters as they are more likely to bring out their characteristic styles.

Characters can be found almost everywhere you look. They are used in films, cartoons, gaming, books, and much more. A huge portion of our entertainment is based on characters, and sometimes they are even used to represent ourselves in the digital realm.

As the use of characters becomes more implemented into our digital lives, they are far more than just visual representations. They begin to represent our emotions, principles, skills, and more.

When getting started with character design, it is important to begin with research. It is just as important, if not more important, than the design process itself. It lets you pin down exactly what you want to create, and a clear vision of the character will go a long way throughout the process.

You should deconstruct other characters from a wide range of sources, especially those that have proven successful. You should pick out the character designs that speak to you. Whether you realize it or not, you likely encounter characters in your everyday life in the form of friends, family members, politicians, and famous figures. You can start to build a library of expressions, outfits, gestures, and more that can then be leveraged for your own character.

There are also some critical questions you should ask yourself that will help you determine the basis of your character:

That last question is an important one that can sometimes get left out. Your character is not living in a blank space. It’s not just an illustration. You should consider what kind of world they are living in and who they are interacting with.

Develop The Backstory of the Character

The next step in designing a character is to create its backstory. A good way to achieve a great backstory is to think as if the character existed before you created it. For example, where did the character come from? Or where do they live and who do they surround themselves with?

You can take this process as far as you desire. There is no wrong answer. If you want to determine what it is the character likes to eat, go for it! Each additional detail provides one more layer of complexion for your character. And the more complex the character is, the more unique it is.

The Magic is in the Personality

Finally, you should give your character a personality as it is an integral part of its story. If you can establish an interesting personality for your character, it will connect better with audiences and help people relate to it. You can achieve personality through facial expressions, clothing, colors, and more. It’s important to list these traits out before you begin designing. If you do this successfully, your character will stand out from the crowd.

Let’s use colors as an example. Colors can say alot about your character. If you use darker colors, people might view your character as a villain or more mysterious. But if you use lighter colors, it might be viewed as a “good guy” with pure intentions. With that said, don’t be limited by cliches. Experiment and try different colors to create a truly unique character.

Using starryai to Create Your Character

As we mentioned before, AI art generators like starryai have made it easier than ever for anyone to design a character. Once you get acquainted with the app, you can seamlessly create as many characters as you want.

After opening starryai, you will see an array of options to choose from. You can get started right away by visiting the “Create” section, where you can enter a prompt and begin creating. You will also have access to a “Projects” section that houses all of your recent projects, and you can visit the “Discover'' section to interact with the community of builders that will likely offer a lot of inspiration.

The AI art generator relies on the Stable Diffusion model , which is extremely versatile and allows you to push the boundaries of creativity when designing your character. It can turn any of your imaginations into works of art while staying true to its simple and standard nature.

The first step is to consider the prompt, which will rely on you describing the character to the AI. This can be abstract, literal, or anything in between. The more descriptive you are, the more complex your character will be.

After you’ve drafted your prompt, you can select from various styles. Once you’ve found your perfect character recipe, you can save them as “Presets.”  Each time you render an artwork, there will be a random seed that makes each artwork unique. But if you want to fine tune the character without losing its composition, you can use the same seed by setting it to manual.

We have various examples of character recipes that can help you get started with the design. You can either use the exact recipes, or they can serve as inspiration for you to create your very own!

It’s easy to get started using the character recipes listed below. After you head over to the starryai app, all you have to do is insert one of these suggested prompts based on the character you are trying to achieve. By writing a prompt with these recipes, you are indicating to the AI what type of character it should design. You can then select rom various suggested styles to fine tune the character. The AI art generator will then get to work and create your character quickly, and if you like it, you can save the recipe as a “Preset.”

Characters are going to become increasingly integrated into our digital lives as time goes on. They are far more than just visual stimuli. They are representations of ourselves and our thoughts, and the opportunities to create unique characters are endless.

With the rise of AI art generators, anyone can design a character. You no longer need to have specific training in the arts to create a stunning character, and there is an ever-growing community of designers where you can share artistic works and trade inspiration.

Tools like starryai allow you to begin designing characters right away. All you have to do is download the app and begin thinking up prompts. Once you have designed a character, or an entire set of characters, you can being keeping a collection of the best ones. As our digital environment becomes more complex, you will have many opportunities to showcase your characters to the world!

You can start creating here! 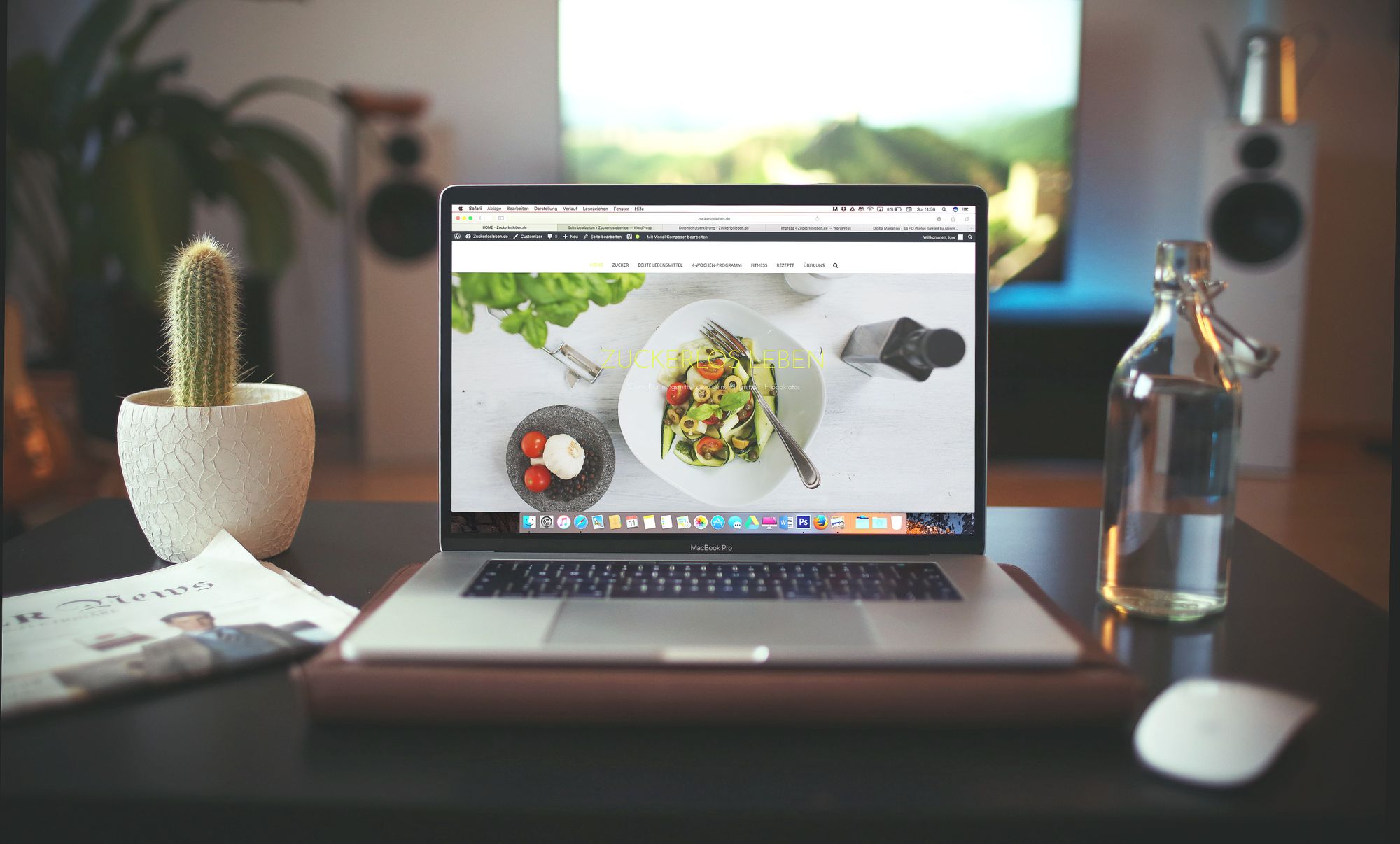 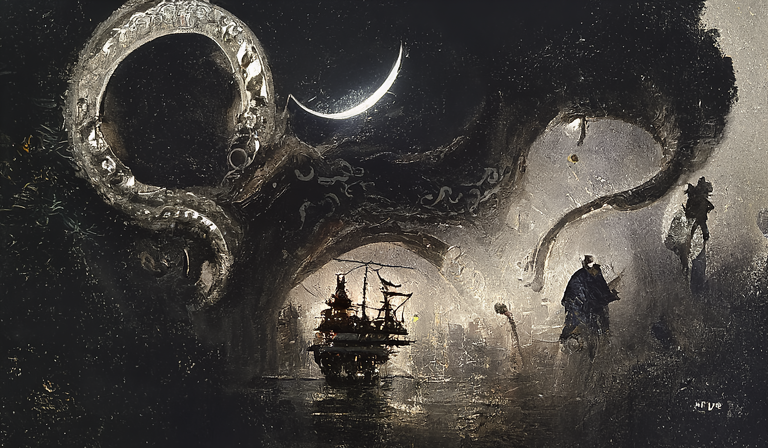 How You Can Use Iteration Images to Improve Your Art

Art is a process of discovery. Iteration is one of the key processes to improve their art. Here is a quick how-to guide on how you can use iteration images to improve your art on starryai. 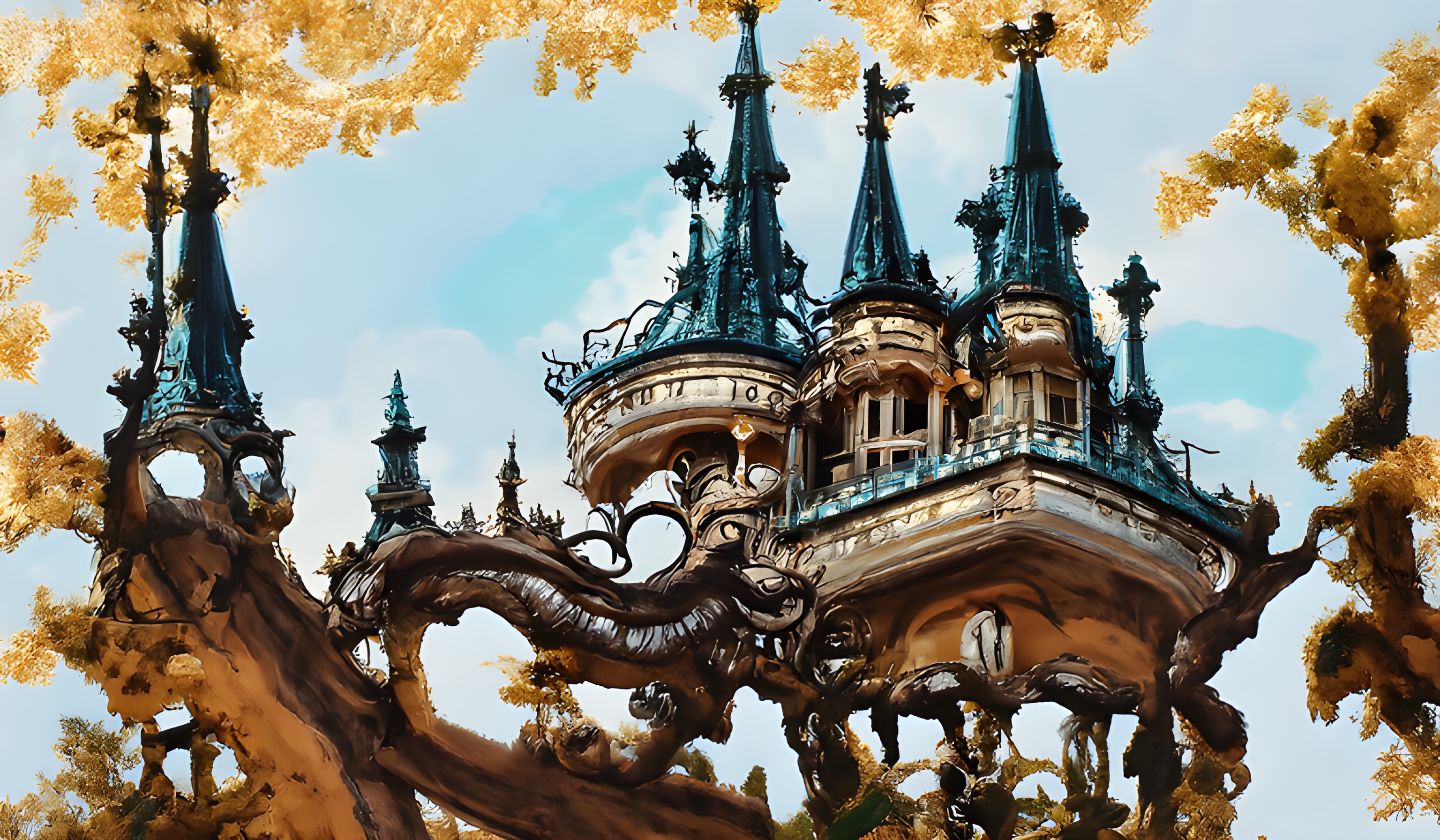 How To Use AI to Generate & Sell Art Prints Online

A comprehensive guide on how to use AI to generate and sell art prints online with a collection of recipes to prompt starryai to create beautiful artworks to print. 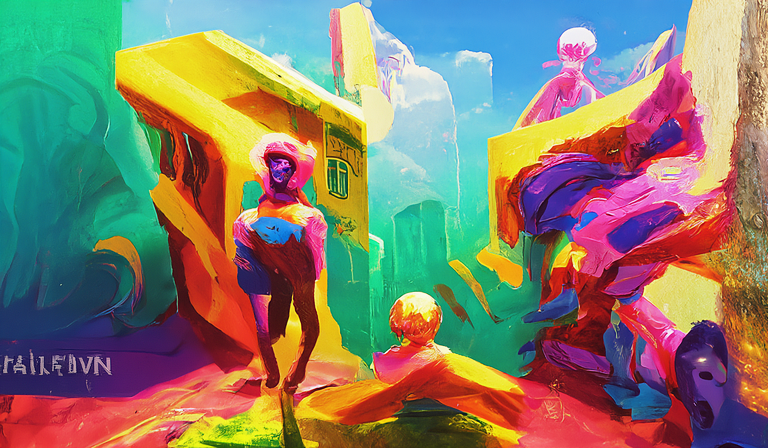 Quick Start - How to Use the AI Art Generating App, starryai

This tutorial we will explore using starryai and both of its AI engines individually to help you get acquainted in no time and start creating beautiful AI generated art! 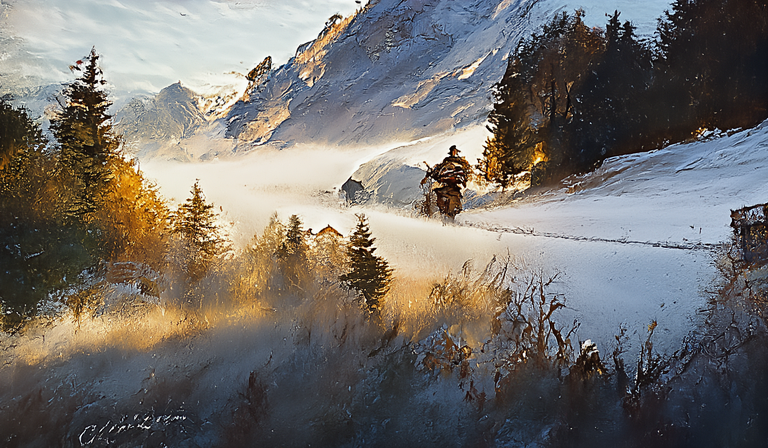 How to Create Amazing Landscapes for Your Next Calendar Design

A series of recipes to help you create beautiful ai generated landscape art and a step-by-step tutorial on how to create a calendar design that is ready to print. 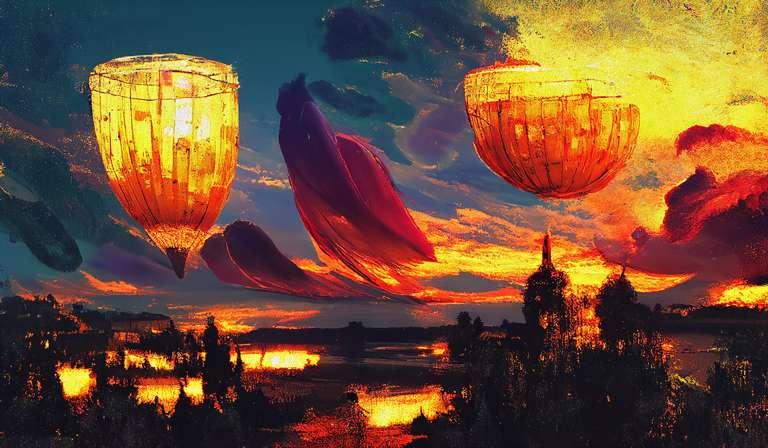 Looking to create storybook illustrations but don't know where to start? Here is a set of recipes to help you generate illustrations using ai generated art. 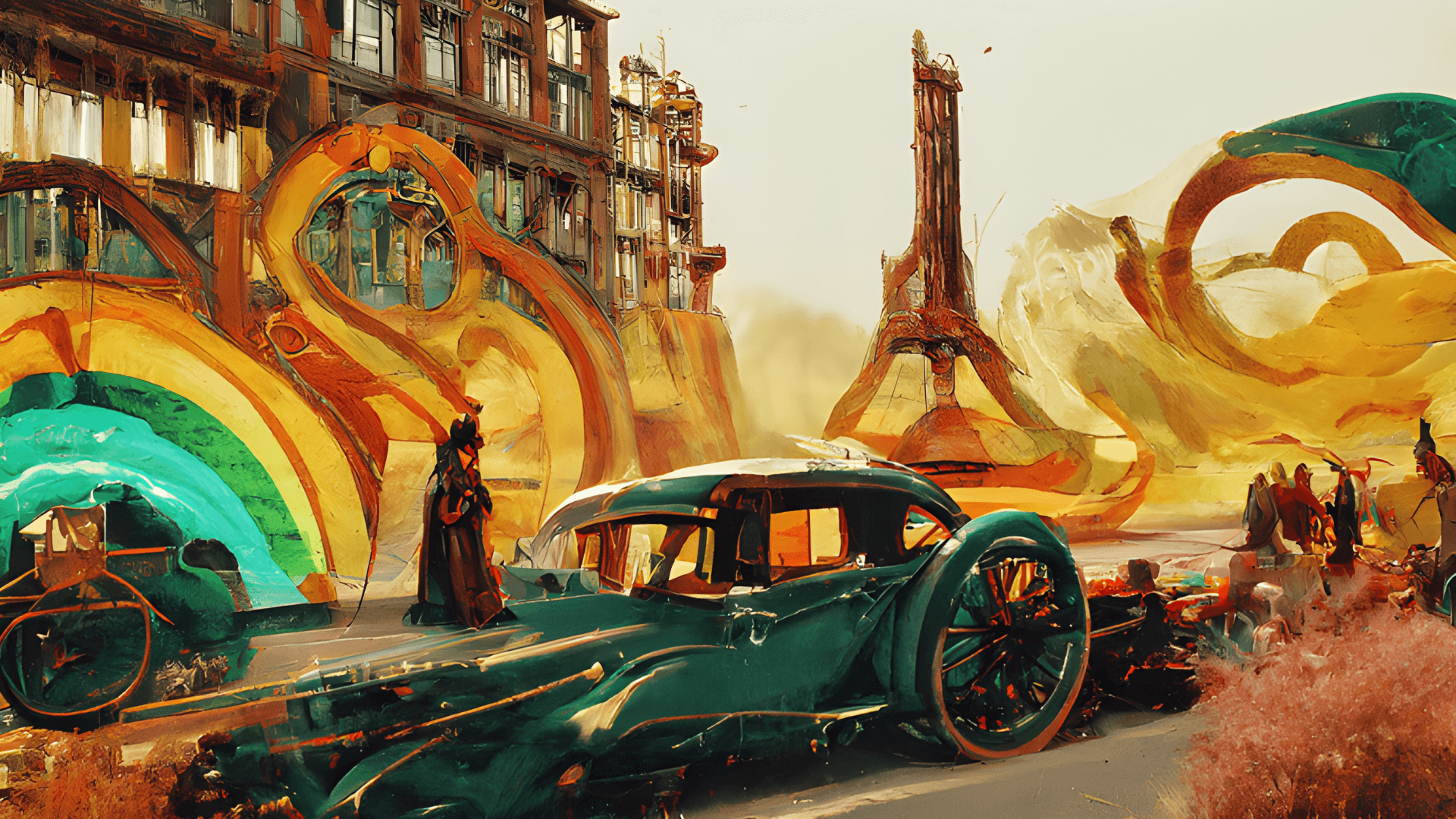 How You Can Use AI To Enhance Your Creative Practice

AI isn't here to replace artists. In fact, the AI is a great tool to expand our creative practices. This is how you can use the AI to enhance your creativity. 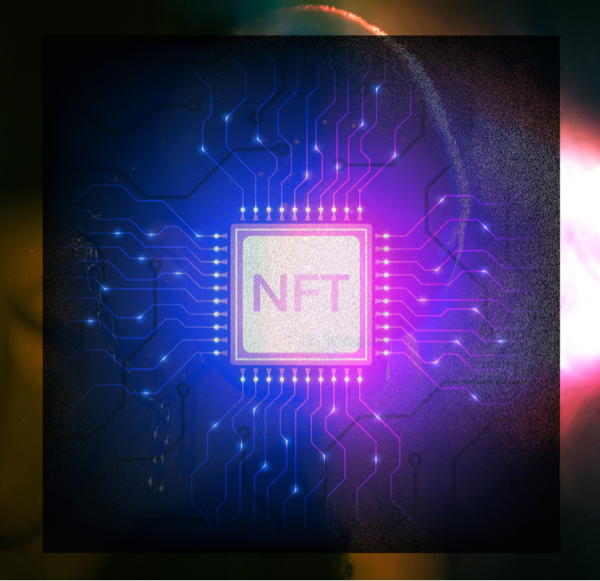 How to Market and Sell NFTs

Have an AI art NFT but not sure how to market and sell it? Here is a starter guide on how to successfully sell and cash in your NFTs. 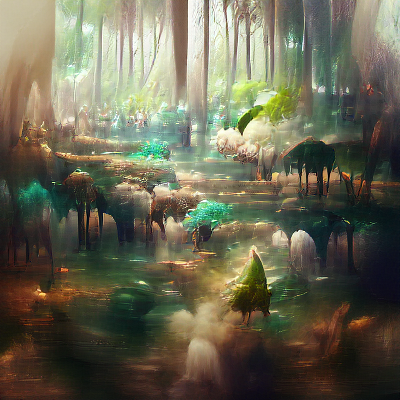 How to Create an NFT

Creating NFTs can be confusing but the reward is tremendously grand. Here is a neat guide on how to turn your AI art into NFTs. 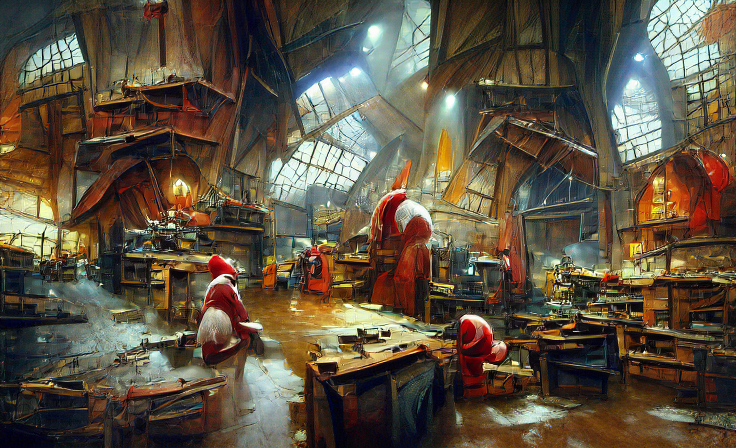 How to Create Art Using AI

You don't need to be skilled or talented to create art. Using AI we can now create beautiful artworks using text-to-image prompts. Here is how you can create AI art.